We are #lightbuilders: meet our dynamic duo, Peter and Alan. 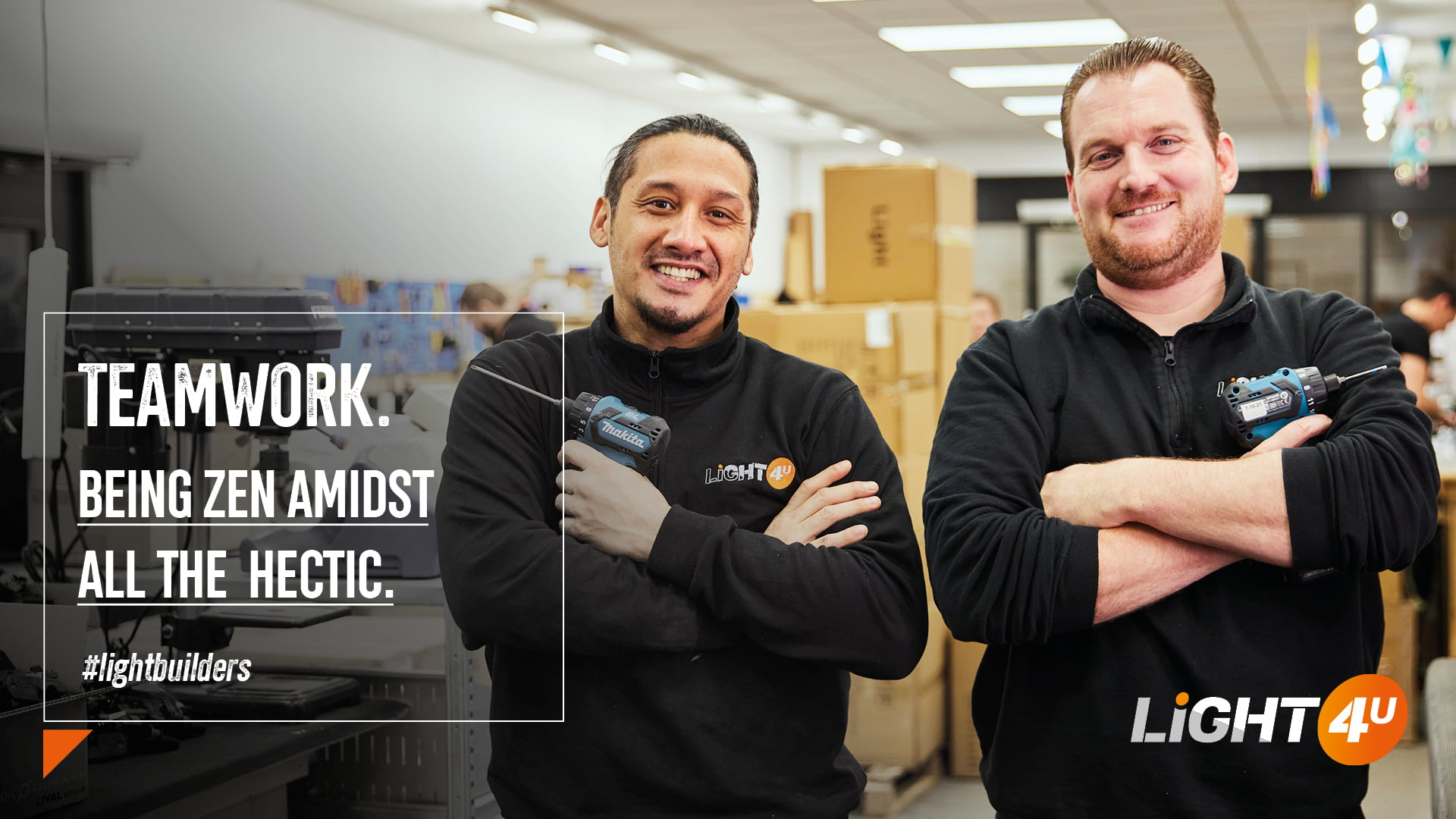 They are known in every company. Colleagues where the roar of laughter is never far away. Always full of energy. Especially when they are together. At Light4U this applies to Peter and Alan from the assembly department. Genuine lightbuilders, who, in addition to being busy on the work floor, also really feel like zen sometimes.

Going on the road with a van to place lamps somewhere? Not for me, thought Peter (42, father of four) when he heard about the vacancy at Light4U. After working in the metal sector, in the catering industry on the Wadden Islands and a job with our neighbor (the big coffee producer from Joure) it was time for something new: “But hanging lamps above your head all day long? No way! Turned out it was something different after all. I saw a great workplace here and before I knew it, I was standing next to Alan with his roar! I was not at all into electrical, but luckily I haven’t had a power surge so far”, Peter laughs.

“It’s thanks to me”, Alan (39) winks. Originally a carpenter, later working among ship’s engines and now an assembly manager at Light4U. He also taught colleagues how to build in his previous work: “In that aspect, it’s the same here. We are growing very fast, and we are constantly recruiting new colleagues. I think educating people is one of the best aspects of my job. I just like it. Having fun and getting better and better together at the same time. Of course you have to have some feeling for it. But that’s fine with Peter. A really good colleague. Although he is a bit of a dreamer sometimes, aren’t you, Peter?”

Peter can’t deny it. Is not necessary. Alan knows that when there’s too much buzz, Peter disappears under his headphones. Just to become zen with nice chill-out music. Or to get energy with hardcore hip-hop. And then just go with the flow. Flawless. Alan himself (‘Alan Exactly’ according to Peter) likes to work on hard trance: “It is important to get into that flow. And to stay calm. Despite the hectic. Because busy, that’s what it is in the assembly department. Series are getting bigger and bigger. A few thousand Edda’s in an order are no longer an exception. A striking number of specials are ordered. Techniques are becoming increasingly complex. Then it is important to constantly coordinate everything and set your priorities. That is only possible if the team is right. And with the right beats of course!”

“Just helping each other out, without hassle. That’s what I like here. Working with Alan and the rest is worth gold”, concludes Peter. “A lot of hard work, but also time for a joke and time for each other. I have been working here for a little over half a year now, but I can already say that I have never had such good colleagues. For real. Previous employers did not give me security I needed. Here they believe in me and I just want that. Here I can be myself.” 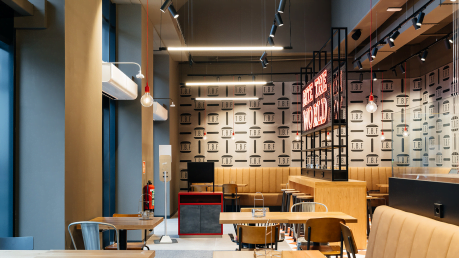 The right accents for the perfect bite.17 November 2022
Want to eat a burger during your break at Sugar…
Read more 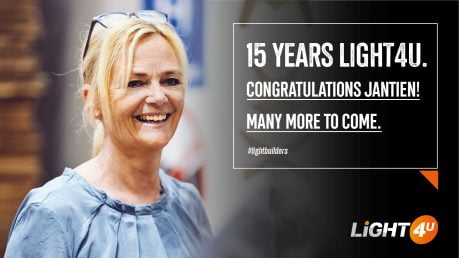 Today Jantien works at Light4U for 15 years. A milestone to be proud of.1 November 2022
We celebrate the anniversary of the first woman that came…
Read more 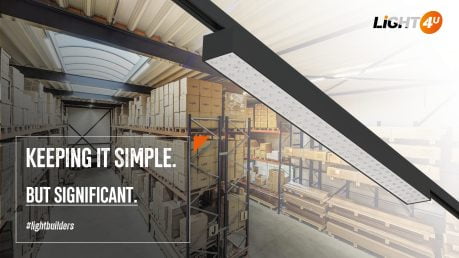 We proudly present the Light4U Forsite: our ode to simplicity and superior usability.1 November 2022
A linear track fixture that excels in simplicity. Without unnecessary…
Read more